Life is full of accidents. From spilling your milk to elbowing your loved one in the night. These particular accidents however result is something much worse than a black eye. These are the top 10 accidents that could land you the best funeral plan and a visit from long-lost neighbors you haven’t seen in a decade.

There is about a 1 in 10,000 chance you’ll inadvertently join the some 4,500 inmates who have died by electrocution. Better be careful next time you’re changing the light bulb.

Didn’t your mama teach you to look both ways before crossing the street? Think twice next time you step off the curb and expect someone jabbering on their cell phone to give a damn. There are always 24 hour towing services that can help you if ever you get in accident. If you are involved in a car accident the most logical solution is to call immediately traffic lawyers Melbourne to help you getting an agreement with the parties involved.

According the car accident reports in Massachusetts released on February 15 by the National Safety Council found that traffic deaths in Massachusetts rose by 13% from 2015 to 2016, more than double the national average of 6%. There were 399 people killed on Massachusetts roads in 2016, up from 354 in 2015. Across the United States, it was the deadliest year on record since 2007, with 40,200 fatalities from car accidents. The 6% increase in deaths follows a 14% spike from 2014 to 2015, marking the greatest increase in traffic fatalities since 1964.

Yah, you have the right to bear arms. Just put a lock on it! The odds of your kid getting whacked by a loaded firearm are about 1 in 5000.

Going under the knife? Better make sure Doc is on his game before you let him rub on your innards. And if someone is negligent and it results in your loved one’s death, then you can consider suing for wrongful death so they can be held accountable.

Know the Heimlich maneuver? You might consider learning since 3,200 people died from choking on a gobstopper or a piece of fillet mignon. Who knows you might just be a hero.

Swimming, bathing, boating, or any other activity to do with water results in thousands of people accidentally drowning to death. Maybe Steve Jobs should market iGills.

Dying in a fire would really have to suck. Being burned to death has always been one of my worst fears. The odds of dying from smoke inhalation, a falling beam, a back draft, or just plain burning to death are about 1 in 1000.

People just love to overdose on their drugs. This also includes accidental poisonings like swigging some Windex or Clorox. My wife and I called Poison Control a couple years ago when our 2 year old downed half a bottle of KY Jelly. Thankfully all that did was give her “the runs” for about a week. The experts at fort myers addiction centers can help the victims overcome addiction in case that’s the problem.

For those people who still want to their lives around by overcoming addiction, they can seek the help of renowned recovery centers, like this Austin based provider, for instance.

Bob Saget cashed in on the #2 accidental death with America’s Funniest Home Video. I guess it really is surprising how many people fall off a ladder and through a plate glass window to meet there demise. Your odds of doing the same are 1 in 218! If you have experienced serious injuries in a fall caused by the negligence or carelessness of another, an indiana injury lawyer can help you get compensation.

No real surprise here. If you’ve been driving for 5 years or so you’ve probably been in an accident. Thankfully for you it wasn’t fatal. Wonder how much longer until Moller comes out with their flying car? If you suffered serious injuries in a car accident, make sure to contact a top rated injury lawyer in hartford ct to help you get the compensation you deserve. 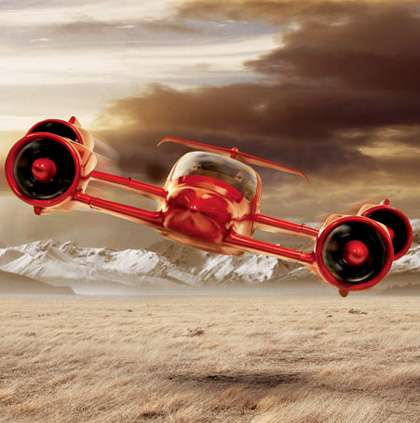 Making Money from Your Hobbies

Parasites – What Everyone Ought to Know!

Unlocking the Mysteries of the Best Knitting Needles: An Essential Guide for New Knitters