Was FDR right when he said “The only thing we have to fear is fear itself”? How many times have you seen this bumper sticker? It’s really not that hard to slap a bumper sticker on the back of your jacked up 4×4 and think you’re a badass. Some of the clowns rolling around in my neck of the woods adorn their mud-mobiles with bumper stickers and a healthy set of bumper nuts. Even these guys don’t have what it takes to handle the top 10 scariest hobbies. I assure you that any of the next 10 hobbies, bumper nuts or not, will loosen up your sphincter for at least a split second.

Anyone will tell you the scariest part of sky diving is right before you leave the plane. After that it’s just the thrill of a lifetime. 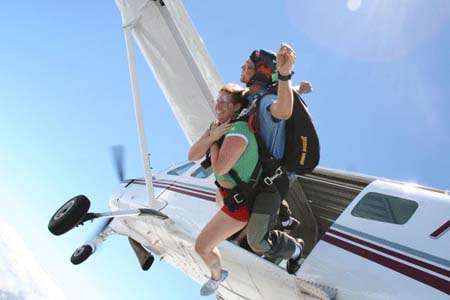 Shark fishing from the beach is one thing, but pulling an 8′ shark onto your kayak is completely another which is why we will like to recommend you the best baitcasting reel under 50. Just how crazy do you have to be to let one of these guys pull you around the ocean? 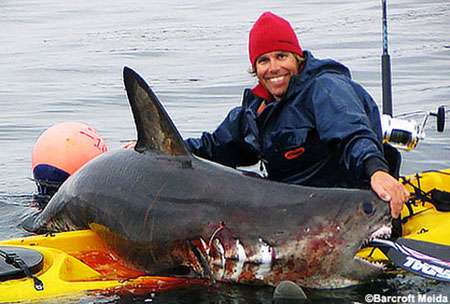 The gimmick at a rattlesnake roundup is to go out and hunt down as many rattlesnakes as possible. Every year there are some 20,000 snakes pulled from their dens, weighed in, milked for their venom then cooked up for the masses. 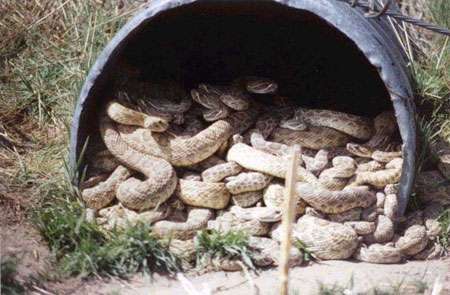 You might not think cave diving would be that scary until you’re there. Its easy to get lost, hung up on the rocks, or just simply run out of air due to lingering a bit too long with breathtaking views like this. 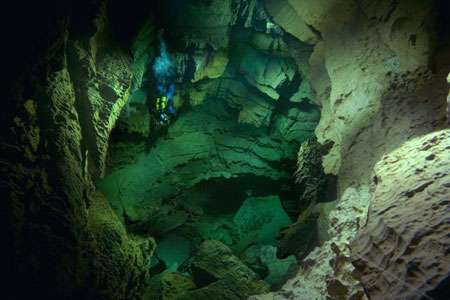 Okay. Head to Alaska and find your favorite glacier. Wait around in freezing cold water… for it to break off. When it does, ride the tidal wave on a surf board while the ice chases you down. Holy Crap!

Getting up close and personal with a tornado isn’t my idea of a good time.

Matadors and the thousands of yearly participants in the Running of the Bulls festival all have one thing in common. They love the bulls. I just don’t get it. Sure you can dodge him a couple times but eventually he’s gonna slip that horn in your sweet spot. See, I told you we’d loosen up that sphincter. 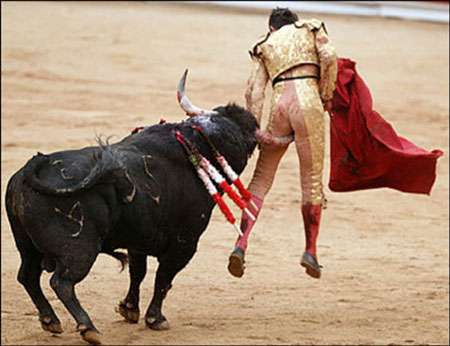 Hunting. Not so scary. Becoming part of the food chain…now that’s scary! It just goes to show you how scary nature can be.

Sure these guys are million dollar prize fighters, but there are thousands of kids out there doing this as their hobby. Don’t get me wrong, I love a good MMA match. I just can’t imagine taking a punch from these animals let alone a submission hold where my sphincter starts leaking 😉 Several guys I’ve talked to say it doesn’t hurt after the first punch. Give me a break. 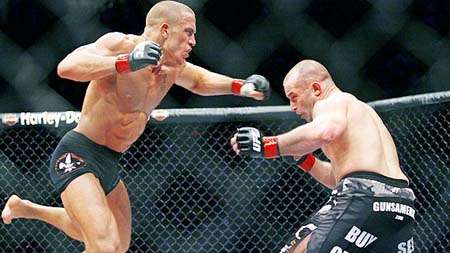 For those of you not familiar, noodling is basically fishing with your hands. A noodler feels around the snake infested water with his hands and feet for a large hole. Then usually goes underwater to ram their fist down a catfish’s throat. The catfish (the largest of which can be 50-70 lbs.), will latch on to the fisherman’s hand, trying to protect it’s comfy home. The noodler then has the task of dragging their catch (still latched onto their arm) out of the water and either onto shore, or into a boat. On the plus side, if they manage do all of this before they run out of air, and then retrieve their arm from the grip of the catfish’s many teeth… well, they’ve got dinner for a week.

If you’re looking for some not so scary hobbies check out the worlds largest list of hobbies.