Once you have all your home beer brewing equipment and have purchased a basic kit of beer ingredients, it’s time to make and ferment your wort into a delicious handcrafted beer. Your kit will contain malt extract, either canned or dry. Malt extract is a kind of shortcut to making great beer. Instead of using malted grain directly (called the “all-grain” process), you can use the “extract” process to save a lot of time. Malt extract is a kind of concentrated wort. When correctly diluted, it’s equivalent to the wort produced when grain is mashed. Using malt extract lets you skip the mash (see article 1 in this series for more info) and go right to the boil.

Your kit will also contain a packet of dried yeast and may contain 1 or more packages of hops, usually in pellet form. Unpack your kit and read the directions thoroughly. The process described below is just an informational outline – you should always follow the specific directions in your kit.

Fill your brewpot with about 3 gallons of fresh water. Many brewers use filtered water and some even use bottled spring water. Bring the water to a boil. Cover the pot to bring it up to the boil faster. If you’re using dried yeast, remove about 1 cup of boiling water and cool it to about 100 degrees Fahrenheit. Keep the cup covered. You’ll use this water later to re-hydrate the yeast.

When the water is boiling, turn off the burner, add the malt extract and stir well until it’s completely dissolved. Turn the burner on, bring the wort to a boil and boil for the length of time indicated in your kit’s directions. Watch the wort carefully, as it tends to foam up and boil over in the early stages of boiling. Also, be careful not to allow the extract to settle to the bottom of the brew kettle and burn.

Add hops according to the kit’s directions while the wort is boiling. Depending on the kit, you’ll make up to 3 hop additions at various times during the boil. These timed hop additions will add varying levels of bitterness, flavor and aroma to the finished beer.

There’s plenty to do while the wort is boiling. You should clean, sanitize and thoroughly rinse your fermenter (usually a 6.5 gallon food grade plastic bucket with a spigot), the fermenter lid and the airlock (preferably the 3-piece type). Be sure to remove and disassemble the airlock and spigot when cleaning, sanitizing and rinsing.

You also should re-hydrate your yeast, if you’re using the dried type. To do this, use the cup of cooled, boiled water you removed from the brewpot. Measure the temperature, just to be safe. It should be about 100 degrees Fahrenheit. Warm water is the key here: hot water will kill the yeast. Add the yeast and stir with a sanitized spoon until the yeast dissolves. Cover the cup and let it sit for at least 15 minutes.

When the boil is over, you need to cool the wort to a temperature conducive to yeast growth, somewhere around 65 to 75 degrees Fahrenheit. An easy way to do this is in an ice water bath in a deep sink or basin. Have 2 10-pound bags of ice on hand. Replenish the ice as it melts and remember that as your wort cools, it will become susceptible to bacterial contamination. The faster you can cool the wort, the better. Stirring the wort will help it cool faster. Verify the temperature with a sanitized thermometer. See part 2 of this article for the next steps. 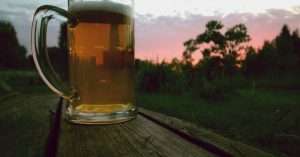 Once your beer is bottled and carbonated, you’ll probably be very anxious to sample it. Resist the impulse to open ...
Read More 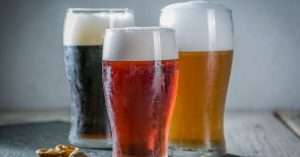 If you’re planning to give home beer brewing a try, you might want to learn a little bit about the ...
Read More 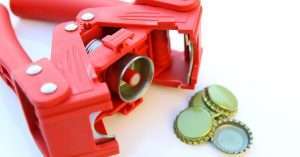 This is part two of the beer brewing process. After this article you'll know how to make beer using all ...
Read More 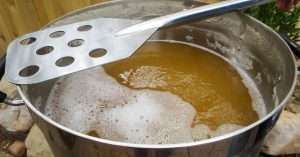 Once you have all your home beer brewing equipment and have purchased a basic kit of beer ingredients, it’s time ...
Read More 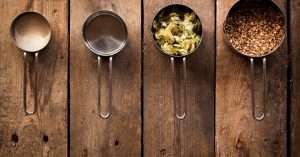 Brewing beer is easier than you think. To get started, you need just a few simple pieces of equipment. You’ll ...
Read More 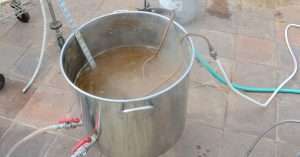 How to Brew Beer

Newspaper is your news, entertainment, music fashion website. We provide you with the latest breaking news and videos straight from the entertainment industry.